Best Boating Destinations in the World

In case you weren’t aware of it, the fact is that the world’s oceans cover more than 70% of the globe. That’s exactly why it’s no surprise that there are a lot of options to choose from when looking for the best boating destinations in the world. Here’s our list of four such destinations you should take into consideration, so check them out and start planning your next trip right now!

Being one of the most prominent tourist destinations on the Adriatic Sea coast, Dubrovnik is also one of the World Heritage Sites by UNESCO which makes it one of the most popular cities in this part of Europe. Besides that, a great part of Game of Thrones series has been filmed exactly in this place (King’s Landing), which is why thousands of fans of this show love to come here and explore the city. Dubrovnik has been supported by maritime trade since the middle ages, and the interesting fact is that it’s the only eastern Adriatic city-state to rival Venice. The gorgeous shipping port is located about 2.5 kilometers northwest from the Old Town of Dubrovnik, and some of the attractions you simply have to see are the St. Saviour Church, the Sponza Palace, the Rector’s Palace, and St. Blaise’s Church. 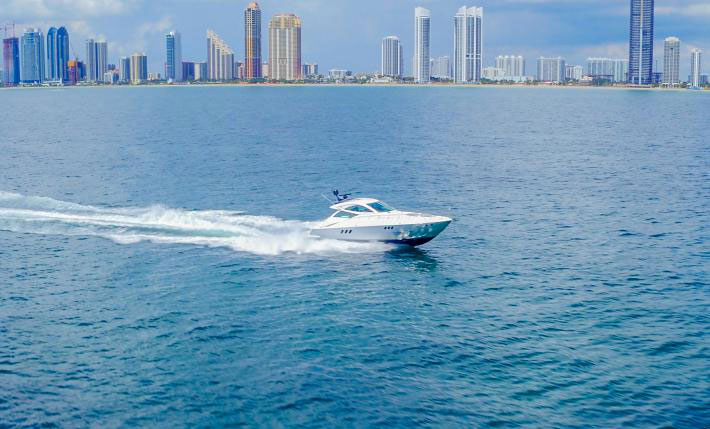 The way that the waterfront and the city itself exist as one is what makes Sydney such a fabulous destination for boaters, so be sure to take it into consideration when planning for your next trip. The famous Opera House is just one of the numerous places where boaters can enjoy the true cosmopolitan culture, museums, shopping, and fine dining. However, if you want to explore the heart of the city and experience Sydney’s culture and people first-hand, you should leave the port and book a room in Chippendale hotel in Sydney – a hotel located in the part of the city that prides itself on urban culture, signature architecture, and rich history. So, if you want to experience Sydney at its finest, this is the way to go!

Istanbul has always been one of the most popular tourist destinations, and the fact that it was built on both sides of the Bosporus Strait makes it even better and more attractive. In fact, Istanbul is the largest city in Turkey and the fifth largest city in the world by population, and it’s the only city that occupies two different continents – Europe and Asia. This city is one of the oldest ports in maritime history, and it hosts a unique architectural and cultural heritage portrayed by the 6th-century Hagia Sophia and the 17th-century Blue Mosque, which are the most famous sights visitors from all over the world can’t wait to see. Besides these, there are a lot of vibrant markets and natural Turkish baths, so don’t skip them when in Istanbul and have the ultimate Turkish experience.

The Galápagos Islands, the Republic of Ecuador

Last but not least, the Galápagos Islands should be your destination of choice if you’re up for an amazing trip that combines cruising with immersing in the animal kingdom. Situated in the Pacific Ocean about 1,000 kilometers from the South American continent, these 19 islands and the marine reserve that surround them have been called an authentic ‘living museum and showcase of evolution’. Giant tortoises, sea lions, and colorful iguanas can be found in Ecuador’s Galápagos Islands, together with stunning birds such as finches and red-footed boobies. Hikes on shore can take place either on rocky trails or on dried lava, and the ongoing seismic and volcanic activity reflects the processes that formed the islands. One thing is certain – you won’t make a mistake if you decide to visit this gorgeous place!

As you can tell, there really are a lot of fabulous boating destinations that deserve your attention, and these four have found their place on our list for a good reason. We’re sure that you’ll absolutely love each one of them, so pick according to your personal preferences and you’ll do a great job, without a shadow of a doubt!